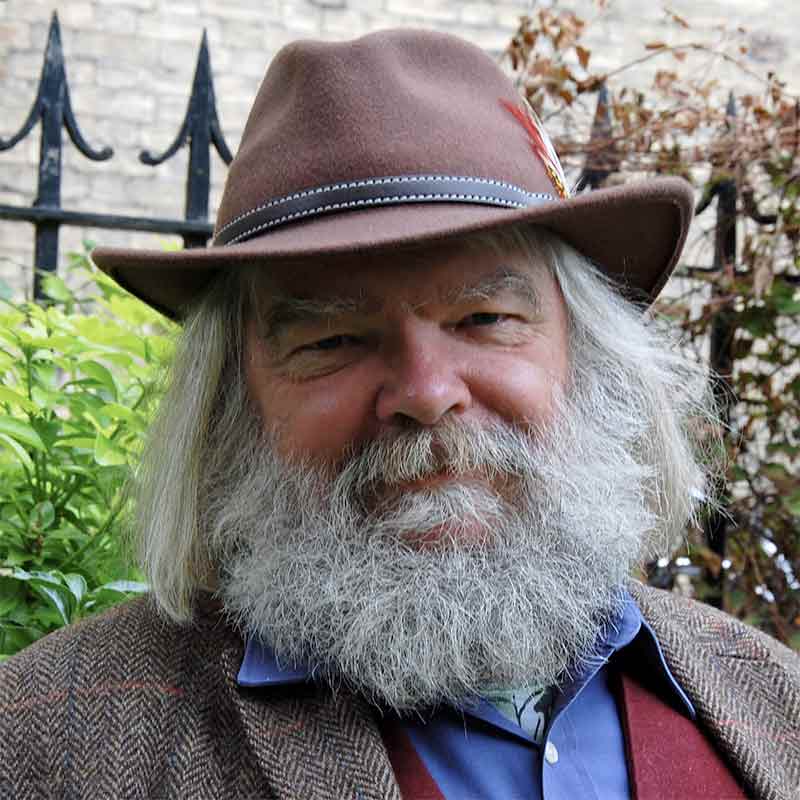 Poet-Priest Malcolm Guite was Chaplain for 20 years at Girton College, Cambridge and remains Supernumerary Fellow. He teaches at the Faculty of Divinity at the University of Cambridge, and lectures widely in England and North America on Theology and Literature. His books include: Love, Remember (2017); Mariner, a spiritual biography of Samuel Taylor Coleridge (2017); Parable and Paradox (2016); The Singing Bowl (2013); Sounding the Seasons (2012); Theology and the Poetic Imagination (2010) and Faith Hope and Poetry (2006). Malcolm has edited two poetry anthologies for Lent and Advent: The Word in the Wilderness (2014) and Waiting on the Word (2015). After Prayer, Malcolm’s poetic response to George Herbert’s poem Prayer was published in 2019. David’s Crown, Malcolm’s poetic response to all the Psalms, was published in 2021. Malcolm has a particular interest in the imagination as a truth-bearing faculty and continues to reflect deeply on how poetry can stimulate and re-awaken our prayer life.